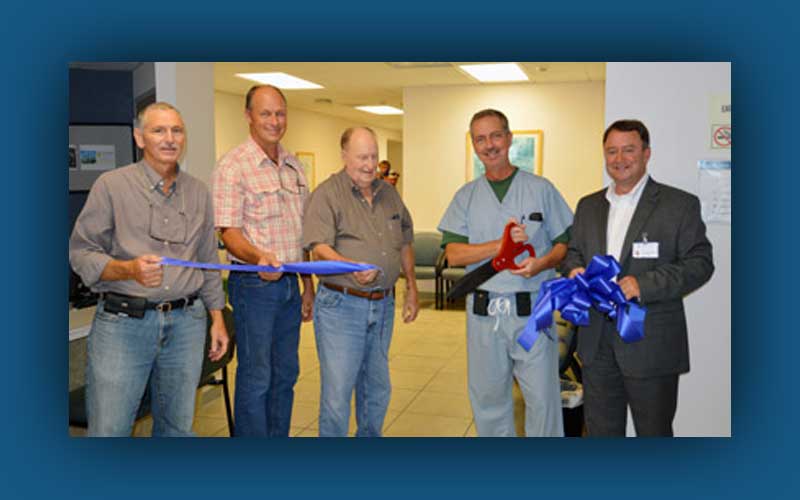 The expanded Labor & Delivery Unit opened its doors to the community on August 25 with a ribbon cutting ceremony and tours of the new space. Greg Havard, George Regional Health System CEO, welcomed the crowd and praised the hospital’s Board of Trustees, the county supervisors, and Dr. Jay Pinkerton and his staff for their support in making the expansion possible. “Our community not only supports our local healthcare system through their patronage, but our forward thinking residents also support this project through their tax dollars, understanding that a strong healthcare system is fundamental to a prosperous and thriving community,” Havard emphasizes.

Since the Labor & Delivery re-opened in 2011, the hospital has welcomed more than 1,000 new lives into the world. “With all the people that make this possible, we can’t leave out the front line staff that actually executes the vision; Dr. Pinkerton, Emily Pinkerton, Jan Flurry and the entire staff of the hospital do such a great job of serving our community,” Havard adds. “If you or someone you know has had an opportunity to utilize our services, you know firsthand that they have no equal when it comes to Obstetrics and Gynecology care. The success of this program has surpassed everyone’s expectations and this expansion is only made possible by the reputation that has been built under Dr. Pinkerton’s leadership.”

Dr. Pinkerton, and his wife and practice partner Emily Pinkerton, a Women’s Health Nurse Practitioner, helped open the Labor and Delivery wing in 2011. The Pinkerton’s came to Lucedale from Cleveland Ohio where Dr. Pinkerton was the Chief of General Obstetrics and Gynecology at University Hospitals, Case Medical Center of Cleveland.

Dr. Pinkerton gave a heartfelt thank you to his staff for always going above and beyond in the care of their patients. Doubling in size, the expansion includes two additional birthing suites and an outpatient triage and fetal monitoring room.